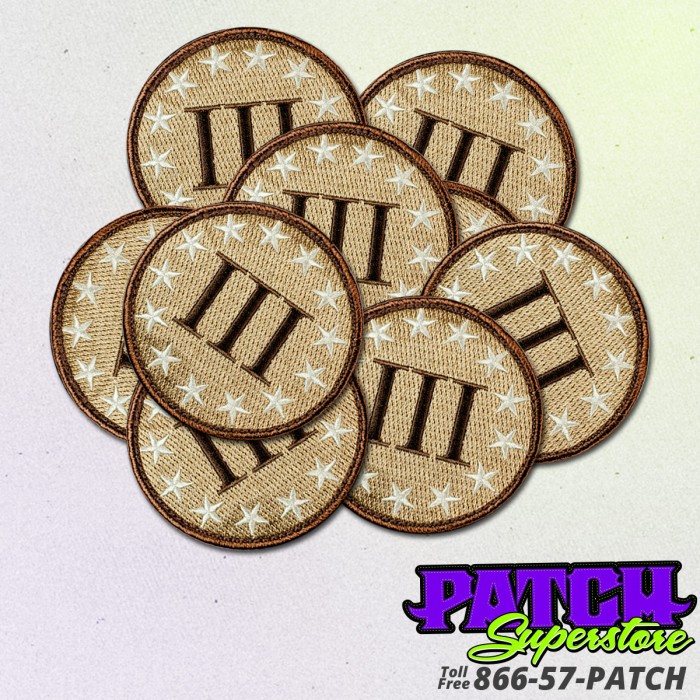 A loose affiliation of like minded Americans who vow to refuse to comply with laws that violate the second amendment right to keep (own) and bear (carry) firearms. Three Percenters (III, III% or III%er’s) are the 3% of the colonist who refused orders by the British crown to lay down their arms and used those arms to oppose British rule in the American Revolution. Three percent of the population was enough to overthrow a government and win independence.

Give us a call at 866-577-2824 M-F 9am-5pm EST and our friendly knowledgeable staff will be able to assist you with all of your custom patch related questions or place your order, and we’ll get you started designing your own custom embroidered patches to make your clothing and other promotional materials pop.